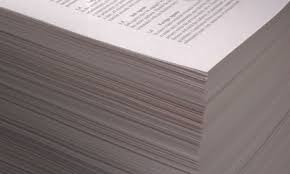 I’m currently writing a report. It’s something that is going to be being published next month. Because we are “publishing” the report, I want it to be delivered in a format that is identifiably a thing, an object. But because the report is about digital transformation, I want the report to live to those values and be digital. I have a format problem…

The simple option is to produce a PDF. But PDF’s are rubbish (quite frankly) on screen. If you focus on delivering to a traditional PC then you have to basically do a slide presentation (because the screen’s the wrong size for portrait). If you focus on tablets or phones then PDF’s are terrible because they don’t adapt to screen size… they’re a print document in digital form.

I could produce a website, but a website isn’t a “thing” quite in the same way that a document is. And because of that you don’t get into reciprocity (which is important if the report is being given away for free).

I could produce an App, but that’s a world of cost and pain, and means a whole new stack of learning and production. It also locks out the desktop/laptop market (yeah, I know, Windows 8 apps blah blah…)

How to encapsulate a set of information into a digital entity which can be authored in simple tools, that doesn’t cost the earth to produce, is authentically digital, and also platform independent so that it can be consumed on PC, tablet or phone of whatever flavour without complicated installations… well, that seems to me to be a nut still to be cracked.