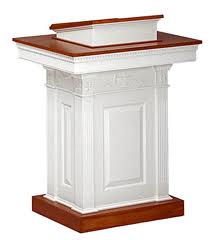 I don’t often get to listen to the “Thought for the Day” slot on Radio 4’s Today Programme – and I tend to mentally switch off if I do because I’m irked by the idea that only  the religious can display morality that seems to underpin the whole shebang. However one did catch my ear late last week in which the speaker made reference to an idea propagated by David Brooks about the split between Resume Virtues and Eulogy Virtues.

This distinction, between the careerist, success-hungry self and the more altruistic self, and explored in this TED talk, for me better explains the gap that seems to have emerged in how we describe ourselves at work and outside.

Earlier this year I got a professional CV-writer to re-write my own resume. What came back seemed deeply alien to me, a series of platitudinous clichés about self-motivation and delivery-focus and so on. I’m not a milkman, so such nonsense seems lost on me, but I also know that getting through first or even second sifts in recruitment exercises requires a piece of self-marketing that will make it through the “recruiter stages”.

Curriculum Vitae means “course of life”. How has that narrative ended up in such mealy-mouthed nonsense? Why aren’t we able to express more about our selves and our stories in these documents (other than the final pot of clichéd nonsense, the “Other Interests” section)?