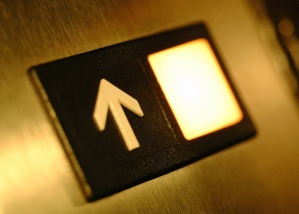 Daniel Pink’s latest book, To sell is human is a well-recommended read; his central argument is that in this day and age many of us in roles that aren’t “sales” find ourselves having to sell a lot of the time, and that the nature of selling in a world of incredibly well informed buyers has changed significantly in the past decade or so.

One piece that I’ve been sharing with colleagues in the past few days looks at how to pitch – the art of succinctly getting your point across. It’s come as we’ve been looking internally at how we collaborate, and how we make most effective use of the tools that we have at our disposal. Something that has come out of that already is the need to get people to think about how they try to get their message across, rather than merely setting up rules for what tools should be used for what sorts of collaboration.

In the book, Pink identifies six types of pitch that go beyond the “elevator pitch”:

The one word pitch: best summed up in the way in which “priceless” now epitomises MasterCard, or the way in which Obama’s campaign in 2012 hinged on the word “forward”. To reduce your message to a single word takes discipline and forces clarity.

The question pitch: in that if you ask someone a question, doesn’t it force them to think more actively about the concept you are trying to communicate? Reagan’s 1980 presidential campaign focused on the question “Are you better off today than you were four years ago?” (Romney tried the same last year, but it failed because not enough people agreed…)

The rhyming pitch: messages in rhymes make impact more times. Cheesy as it may sound, but it’s all to do with the way in which our brain processes information – rhymes are easier for cognition, and because of that we tend to subconsciously think the message is therefore more logical.

The subject line pitch: using the short form of the subject line to provide utility (it’s relevant to my work), curiosity (I’m more likely to open something that I’m curious about) and specificity (the subject-line should be ultra specific). This is also well illustrated by the crème of phishing emails… Find out how to win an iPhone 6 today.

This is roughly the format I used in my post about firewalls last week.