Cult of measurement, Other Stuff 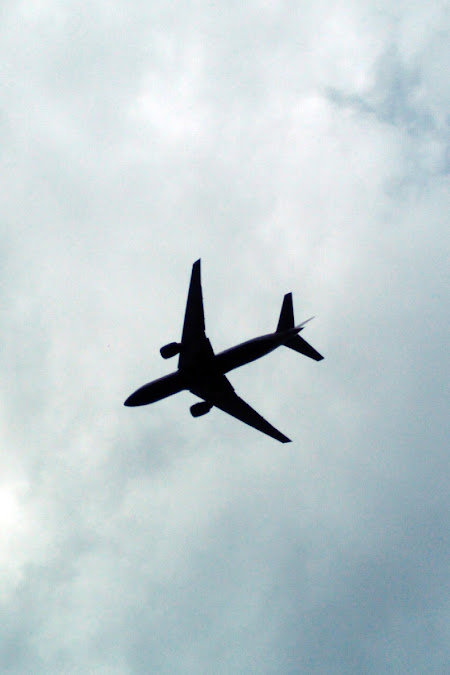 I’m very lucky to live in the stereotypical leafy South West London suburb of Teddington. Close to the open spaces of Richmond and Bushy Parks, with a thriving local independent shopping centre, great schools and other amenities.

The best way to illustrate what sort of a place Teddington is is when I saw dog poo on the pavement nearby recently how someone had taken the effort to scrawl in chalk next to it the words “Shame on you!”. My initial reaction was that we must now be teaching the dogs to read around here.

Teddington really is a lovely place. Sometimes a little over-competitive, but really lovely. And with great transport links – a sedate 35 minutes into London Waterloo, and with Heathrow Airport on our doorstep.

Ah. Heathrow. The cause of much current consternation.

In the past few weeks there has been a lot of easterly wind, and that, combined with some new flight path routes that Heathrow are trialling, has resulted in a lot more aircraft nose than we are used to hearing. The people of Teddington aren’t happy.

But there is more afoot at Heathrow. Having knocked back Boris’s plans for a large pontoon in the Thames Estuary, planning decisions are coming to a conclusion in the next few months as to whether to build a new runway at Heathrow or London’s second airport at Gatwick. A once in a lifetime decision, apparently.

Yesterday in the post I received a mail from an organisation calling itself Back Heathrow. Slightly shady to it’s origins and funding (although the website does admit to it having been initially started by the airport itself) the group is a lobby organisation to support Heathrow expansion. Included within the envelope was a “survey”. The structure of the survey was of the “do you support the expansion of Heathrow or the boiling of puppies” variety that seem to be so popular amongst political lobby groups. 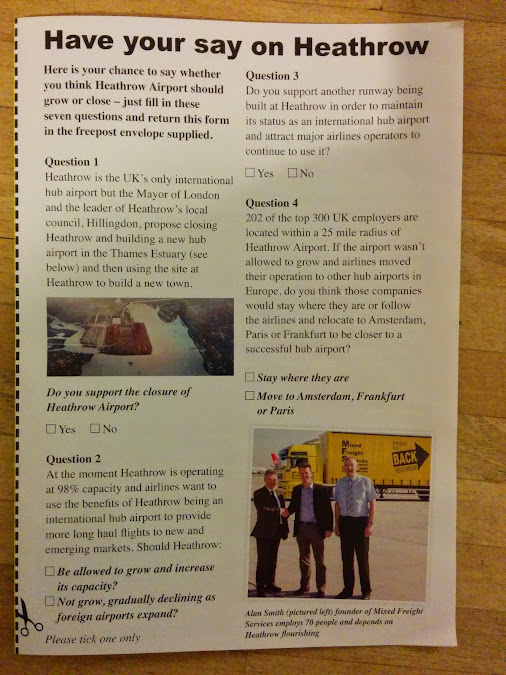 Doing a bit more searching, it looks like providing surprising results in support of Heathrow expansion where before there was dissent might be a specific modus operandi for Heathrow. This is no way to have an important debate.

I don’t know if Heathrow should be expanded or not. It appears that the “do we really need more airport capacity?” question has been put to bed. I can see pros and cons to both Heathrow and Gatwick growing (I spent a couple of years working on the Gatwick site a few years back and so know that area a bit too). But I also know that this leading question, PR-driven data gathering approach being used by the Back Heathrow campaign makes me not trust them. Nor the data that Heathrow produce to support their case. How much rigour has gone in to any of it, or have “find us the right answer” methods been used throughout?

In an age when information is so easily disseminated (and checked), organisations that think that it’s enough to gather false data to present their case are on very thin ice. Whilst the journalism trade might be increasingly naïve and under-resourced to print the stuff, concerned citizens can lobby back with increasing force.