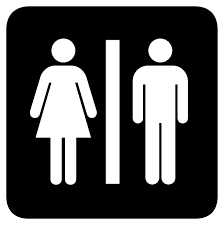 In the way that only social networks allow, I got into a brief conversation this morning with Neelie Kroes, Vice President of the European Commission and the person spearheading digital initiatives in the EU, and Martha Lane-Fox the digital entrepreneur.

"Tech is too important to be left to men."
That's my view – what is your opinion?#IWD2014 #womensday

My response was that, whilst I agree absolutely, I wonder if the aim of “getting more women into tech” is addressing the wrong issue – that technology is dominated by engineers and that that is the problem. There is a lack of diversity of thought in the industry, and that a symptom of that is that there is huge gender imbalance.

Now please don’t take this the wrong way. Yes, I’m a white, middle class, middle aged(ish) man so what would I know? But I’m also someone who has worked in the tech industry for twenty years and have found myself as something of an outside for most of that time.

I’m also not arguing that women can’t be engineers, or work in that space. Without people like Ada Lovelace, it could be argued that none of what followed would have happened. But as we enter into a world where technology intermediates so much of the way in which we interact with each other (such as the very conversation that prompted this post), we need to increase diversity in the people who are making and shaping the technology that we use. And that doesn’t come from merely teaching everyone to code – it comes from welcoming more diversity of thought into an industry that at times can feel almost institutionally autistic in its outlook.

When I was working at Reuters, the extended leadership of the IT function completed a Myers-Briggs assessment. Of the sixty or so people, three of us were strong at the Feeling end of the Thinking/Feeling spectrum. That’s logic vs empathy in a nutshell. My experiences since seem to anecdotally reinforce that this is common.

Yet as technology goes from being process-centric to social- and people-centric, we run the risk of the Thinkers trying to place hard logic onto our every action. It’s the “people” part that usually forms the centre of great IT disasters. And that, in my, albeit male-centred perspective of the world, is where the challenge for technology (and diversity in technology) lies. Otherwise our entire digital lives will turn into the logical extension of the supermarket self-service checkout.