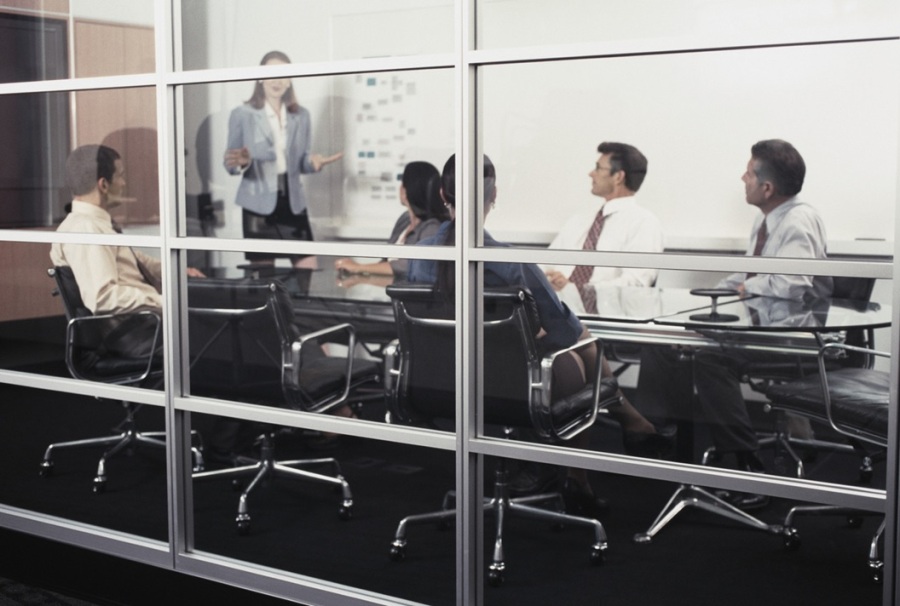 On June 5th I’m giving another short presentation as part of The Marketer‘s series of webinars, this time on the subject of online communities. Here’s roughly what I will be saying (as ever, if you are attending and you read this in advance, you’ll only be spoiling it for yourself!)…

When I was first asked to pull this session together, Oliver the organiser wondered if starting with  a brief overview of the differences between an audience and a community would be a good place to begin. Like most good ideas, I initially thought it a little dull. But over the week or so in which this session came to be, it felt more and more like a sensible framing for the whole webinar.

So – an audience are receivers of information; imagine a group of students in a lecture hall. A community is interacting: think of a group of colleagues engaged in an active discussion in a meeting room.

An audience receives information from the broadcaster; a “conversation” (so much loved by so many brands at the moment) is when the speaker listens back to the audiences (think Q&A at the end); a community forms a network of peers, in which everyone can be talking to anyone else in the group.

Communities are all around us: mass participation communities like the Women’s Institute; though to very specialist interest groups (did you know that there was, for example, a Ford Orion owners’ group?). Within the world of work and business we then have generalist communities (The CBI or local Chambers of Commerce, for example), industry bodies (like the Institute of Practitioners in Advertising in the Marketing Agency world) and professional groups (the Chartered Institute of Marketing who are responsible for organising this event).  Whilst they might perform other functions, all of these groups are peer-to-peer communities of one form or another that exist both in the physical and online realms.

My industry, the world of Information Technology, has a long tradition of participative communities. The modern world of personal computing can, in fact, trace its existence through the network of computer clubs that sprung up in the 1970s of like-minded geeks sharing their digital passions. Jobs and Wozniak were partly driven to develop the first Apple computer through their participation in the Homebrew Computer group in San Francisco.

The legacy of these user groups still exist today, in various forms. Many of Microsoft’s products have self-managed user groups that provide support and a discussion forum for people involved in those products professionally. We as an organisation support those groups in various ways, but they are generally self-organised and self-managing. They also tend to exist as much in the physical as the digital world.

In the past couple of years, as the IT industry has shifted increasingly into the consumer realm, the part of Microsoft in which I work has had to try and shift the focus of the communities in which it engages. My department has a mission to help support and nurture people who use our products and services as part of what they do to deliver to their customers as clients; traditionally that has meant software developers working in software publishers or large IT departments producing products that enable businesses to operate. As our company focus has shifted increasingly into the consumer arena, so has the people that we need to reach. The people developing Apps for smartphones and tablets aren’t in the communities in which we’ve traditionally moved.

A little over three years ago we started to try to reach out into this new audience: UBelly as an online brand was created as a distinctly “not Microsoft” destination, and has had success in changing perceptions among some of the people we need to reach: but it is very much an audience, not community model and requires constant resource to keep it active.

We have also had some success in facilitating new communities, particularly using the Groups function within LinkedIn, where we have been able to get peer-to-peer conversations happening amongst the people who have committed to developing on our new platforms. The LinkedIn groups can be used in conversational, community and broadcast ways, and have helped in our work to create new groups of like-minded software developers.

Ultimately, however, our policy of “Go where they go” has probably had the biggest impact in terms of engaging with new communities; groups like D&AD which represent a very different profile of community to our traditional groups help us to reach  people we need to engage with. Key to that work has been finding (and acquiring) people who are able to engage naturally with these new groups.

So, if you are thinking about how you can use communities as part of your own marketing strategies, the first question I would be asking is who within your organisation is a natural member of the target community, and are they already connected? I’ve been having conversations recently about how we can be engaging with business decision makers, and my first question is who at our board level in the UK is out meeting other board members from other companies to engage not as sales people but as peers?

But so what? Why bother?

There are three things that I believe communities can offer to a company, as likely in a Business to Consumer as well as Business to Business scenario:

Firstly, communities offer the opportunity for customers to become self-supporting; this isn’t necessarily a marketing outcome, but is certainly something that can deliver significant improvement to your customer’s experience as well as potentially dropping costs from within customer service groups. This form of customer self-support has become the norm within much of the software world, but is probably happening on communities from Mumsnet onwards about many products and services without the companies involved knowledge.

Secondly, positive conversations about your company in communities in the first step towards customer evangelism. Think about how much effort B2B brands put into telling and retelling customer success stories as case studies to know why this is important. Alex Goldfayn’s book evangelist marketing talks about this concept in a good deal more detail.

Finally, selling through listening is increasingly becoming the new normal. In Dan Pink’s recent book To sell is human, he argues that in a world where customers are often now better informed about the products and services they are looking to buy than vendors, exploring possibilities becomes the way to sell. What better forum is there for exploring possibilities than within a network of peers?

So – communites; they’re not audiences, and you are probably better to make yourself a member of one that already exists than to try and create your own. If you can get involved there are opportunities to both support and sell products and services, both in the online and physical worlds.